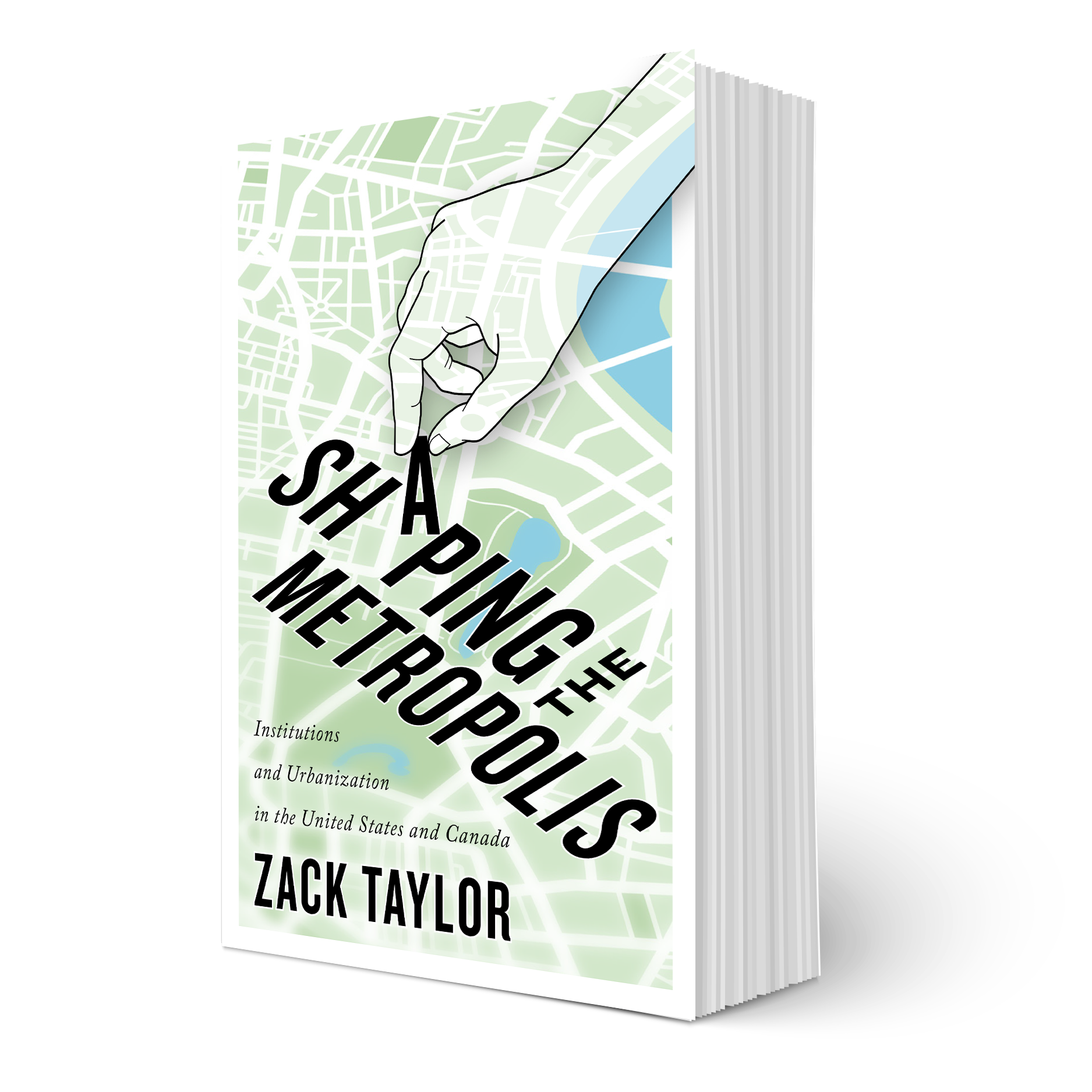 This resource is a companion to the book Shaping the Metropolis: Institutions and Urbanization in the United States and Canada by Zack Taylor, published by McGill-Queen’s University Press in 2019. To enhance the reading experience, it includes colour versions of figures that appear in the book and additional figures that could not be included in the book. The latter are keyed to page numbers in the book. You are welcome to download these images and use them as you see fit. Some of the map figures that appear in the book include additional layers that would not have been legible in black-and-white. Also, map features that were incorrectly rendered in the book have been fixed.

To access data used to make several of the figures and tables that appear in the book, visit: https://dataverse.scholarsportal.info/dataverse/shapingthemetropolis

Printing is not supported at the primary Gallery Thumbnail page. Please first navigate to a specific Image before printing.