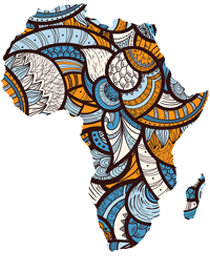 Research evidence and current health reports clearly demonstrate that the prevalence of child malnutrition remains high in Tanzania, especially within the under 5 age group. In Tanzania, over half of all child deaths are attributable to malnutrition. According to data from the Tanzania Demographic and Health Survey (TDHS) 2004/05, about 40% of children under five years of age are stunted, i.e., they are short for their age, which is an indicator of chronic undernutrition. About 3% are wasted, i.e., they have low weight-for-height, which is an indicator of acute undernutrition (National Bureau of Statistics (NBS) [Tanzania] & ORC Macro, 2005). Approximately 22% of children are underweight (low weight-for-age), which is a composite measure of long- and short-term undernutrition. By geographic distribution, the nutritional status of rural children is significantly lower than urban children.

Extensive research has shown that malnutrition and lack of proper nutrients at an early age has long-lasting negative implications for a person’s physical and cognitive development which are extremely difficult to reverse or overcome.

As the incidence of severe acute malnutrition in Tanzania remains a significant public health challenge, Chemchemi, a local, Tanzania organization that works towards improving the health status of under-five malnourished children through food supplementation programmes partnered with the African Probiotic Yoghurt Network (APYN) to address issues of malnutrition in the Buswelu and Buhongwa (Sahwa) Wards of Mwanza, Tanzania through the distribution of probiotic yoghurt food supplements.